At 770 Arborist Emergency Tree & Crane Service, we offer 24-hour emergency response for hazardous trees that have fallen on your house. Give us a call at 770-272-6747. We'll remove the tree from your structure and submit a bill that your insurance company will pay for. We’ve been arborists in the Atlanta area since 1997, and do most of our work north of Atlanta, often in communities like Alpharetta, Marietta, and Roswell. We can work directly with your insurance to ensure that your tree claim gets covered, and we have the experience of over a thousand insurance claims under our belt. Read some of our customers' reviews to see the level of service you can expect of us.

How We Perform in Tree Emergencies, According to Customers

We know that if you've got a tree emergency, calling any tree service will feel like a leap of faith (or scary plunge), no matter what.  Our customers can give you an even better sense than we can of what you can expect from us when the chips are down.  Here are just a few of their reviews (you can read even more online just by Googling our name).

"Mark and his team were fantastic. We had a tree fall on our house. It was an emergency as it had not fallen all the way and was resting on our house above some power lines. It was important to have the tree removed as soon as possible to avoid further damage to our home and the power lines. They showed up on time exactly when they said they would. They worked hard and fast to remove the tree within two hours of arriving. They used a crane to stabilize the broken tree and then they cut it down little by little. They were courteous, professional, and worked directly with our insurance company (Progressive/Home Site). Would highly recommend." - Matt Aston (see review on Google Maps)

"I was in a panic after a tornado in October 2020 uprooted two very large hardwood trees, one of which landed on my fence, but worse, the other crashed on to my roof. But 770 Arborist was able to come in with their crane and pick the huge hickory tree right up off of the roof with precision and carefully set it on the ground. Cleaned up the whole mess, worked with my insurance company, just handled practically everything. 770 Arborist are THE EXPERTS at emergency tree removal. Would highly recommend to anyone, especially if you experience some of the severe weather we get and need a professional to help get your home back to normal when the trees come down." - Alan Anderson (see review on Google Maps)

"Mark Russell and his team with 770 Arborist responded promptly to our need for a company to remove a 13 ton tree that fell on my mother’s home. They worked tirelessly for three to four days straight to take the tree, haul it away and place a tarp on the back of the home to cover the vast amount of damage the tree caused. Thanks to their efficiency, the adjusters were able to assess the damage to the home and move forward with plans for restoration. I would definitely recommend this team again and again!" - Linda Brannon (see review on Google Maps)

"Lance and his Crew deliver what you expect from a good business - professional work, communication is solid, complete tasks as contracted, detailed clean-up at a very fair price. I would recommend 770-Arborist to anyone in GA....Satisfied 3x/Repeat Customer in Dunwoody." - Brett Westmoreland (see review on Google Maps)

"These guys were very professional from beginning to end. They were on time to the quote appointment, did not try to force anything or sell anything extra. The day of the removal they confirmed prior, were on time, did their job without any interruptions and cleaned everything up after. They were just excellent. I would hire them again in a heart beat." - Melissa Ottonelli (see review on Google Maps)

"Firstly, this was the only company I called where a PERSON answered the phone! Laurie, polite courteous and professional. Very promptly thereafter, Lance shows up and I immediately know that I made the right choice. The job got put on a brief hold due to the tornado in Newnan and the ensuing emergency calls and then the crew showed up. Having done tree work myself in my younger years, I am well aware of how difficult and dangerous it can be. These guys surgically removed this cancerous beast overhanging my house with absolute precision. A most impressive feat, and after the cleanup, you couldn’t tell that they were ever there. The whole team gets my highest recommendation! I’m going to try to attach a picture, you know because as they say..." - Bobby Bolton (see review on Google Maps)

"Mark and his crew were friendly, professional, and made the entire process of removing a tree that just hit our house and had us still on-edge an easy process. They were onsite less than 24 hours after the incident with a giant crane that made the whole process take less than 2 hours. Mark dealt directly with my insurance company which almost made the whole process seem like a non-financial one from my perspective. I simply got a check from the insurance company and then wrote him a check. The only out-of-pocket expense for me was my deductible. I highly recommend this company especially for emergency tree removal." - Scott Pugmire (see review and photos on Google Maps)

"I was days from closing on the sale of my house when a Maple tree in my yard split at a point higher than I could reach. I was hanging over the fence, and I was worried that it could delay closing. Every tree company was busy, including 770 ARBORIST, but Mark coordinated with one of his crews working near me to squeeze my job in the same day. He also worked with me on the price. He earned my 5 stars." - Les Makant (see review on Google Maps) 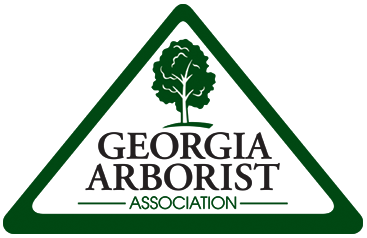